Go for your goals in 2014 with hypnosis

How about taking the opportunity to go for your goals in 2014 with hypnosis! Many people have been talking about this year as the year to really go for it but what’s in the way?

When we think about our goals in 2014, we start thinking about our fears, barriers and mental blocks which have prevented us from achieving our true desires. With the birth of another year comes the opportunity to start afresh, to begin a new chapter. There is something about the dawning of a new year which puts us in the mood for new goals – maybe because we feel like we have permission to start fresh.

How hypnosis helps in going for goals in 2014

When thinking about goals in 2014, its natural to ask how hypnosis helps? Hypnosis is an easy, relaxed way of addressing the barriers in the way of achieving the goals we desire. This is because the majority of our mental block lie in the unconscious mind which is best accessed during hypnosis. Most of us are unaware of the processes, stored in the unconscious mind which might be getting in the way and creating a barrier to our goals.

Goal setting can often be doomed to fail from the start – unrealistic goals, overambitious timeframes and wishing for things with no concept about how to get there. When we create unrealistic and poorly planned goals in 2014 we set ourselves up for disappointment and the self-blame that comes when we look back on the year and find ourselves in the same situation.

The other problem with goal setting is that despite our best intentions, we are often unaware of the mental blocks which stop us achieving what we truly desire. After all, we all want to be lean, have meaningful relationships and be financially free to enjoy life. Why would we want anything less, given the choice?

The problem is that our mental blocks, also referred to as self-sabotage are usually unconscious – meaning that we are unaware of how we block our own success. There are many ways of getting in your own way. This can range from negative self-talk, bad habits and unconscious beliefs such as unworthiness. The next question is what do we do about removing the mental blocks which are obstacles to reaching for goals in 2014? 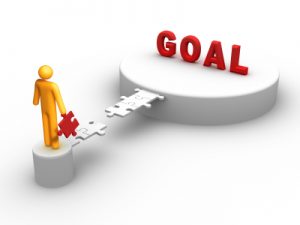 The short answer is hypnotherapy. Hypnosis is a quick, easy way of removing the mental blocks and barriers standing between you and what you want.

Whether it’s a relationship you’re after or more confidence to go for that promotion or change careers, hypnosis is an effective way to move you to a more positive state of mind.

How to achieve your goals through hypnosis

So instead of simply setting goals which might fade with the stubbornness of our bad habits, how about asking yourself what’s in the way? Think about what negative beliefs and habits stand in the way of you achieving your heartfelt wishes. Its not that people are lazy or unmotivated. More often than not, it’s about changing the way we do things. It is as simple as needing a better process. For example, athletes and personal trainers have a certain mindset, which gets them out of bed early in the morning and keeps them committed to a healthy diet and regular training regime. Many people who struggle with fitness simply don’t have the mindset to adopt the fitness habit and sustain it.

Hypnosis is ideal for changing our habits and behaviours as it works with the unconscious mind which is where all the processes are stored. Whether its stopping smoking, reducing alcohol or getting fit, hypnosis works because it modifies the habit at the point of origin. Hypnosis involves tapping into the power of the unconscious mind to dissolve fears and mental blocks which prevent us from achieving what we want in life.

If you think that you have obstacles getting in the way of your goals in 2014, how about treating yourself to several sessions of hypnosis with Canberra Hypnotherapy Clinic? Feel free to call for a confidential chat so that we can discuss how hypnotherapy can help.

People who love us!

I was a little apprehensive about the benefits of hypnotherapy and NLP however thought I would give anything a try due to the success my sister was experiencing. After a terrible year having faced the stress of moving interstate, a marriage breakdown with three small children and my brother passing away I felt constant depression, anxiety and poor body image.

Upon meeting you your warm down to earth nature put me at ease discussing my emotions and 'life' with you. I felt like you took the time to explore in depth the issues and emotions I was feeling. All I can say is 'wow' I am astounded at the impact working with you has had on my life. After my first session I stopped the internal dialogue in my head and repetitive negativity I was replaying on a daily basis. I put on a pair of sneakers and started running and have since lost 5kg and counting. I have had a full nights sleep for the first time in 6 years. I feel positive that my life is on the right path and that I am now in control. 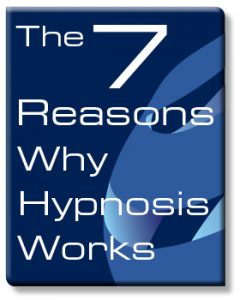 Free Report - GET IT NOW!